INTO THE ARCTIC: An Exhibition of Art and Film | Science North Skip to main content

INTO THE ARCTIC: An Exhibition of Art and Film

Explore the Arctic through the artistic works of Cory Trépanier.

Through majestic paintings and inspiring films, traversing 40,000 km, six Arctic National Parks, and 16 Arctic communities, Trépanier brings you along on his journey to convey the wonders of Canada’s North.

Coming this fall to Science North

INTO THE ARCTIC: An Exhibition of Art and Film

Explore the Arctic with artist Cory Trépanier and join in on a wondrous journey through Canada’s North.

INTO THE ARCTIC is the most ambitious body of artwork ever dedicated to the Canadian Arctic. With a pack full of painting, filming, and camping gear, Trépanier traversed over 40,000 kilometers, through six Arctic National Parks and 16 Arctic communities, in a biosphere so remote and untouched, that most of its vast landscape has never been painted before.

Named one of Canada’s Top 100 Living Explorers by Canadian Geographic Magazine, Trépanier carries on the tradition of painting first made famous by Canada’s Group of Seven, but with the environmental concern of a contemporary artist. Contextualizing the artist’s majestic paintings is a series of Arctic films, which cinematically convey the wonder of the North while documenting his expeditions. 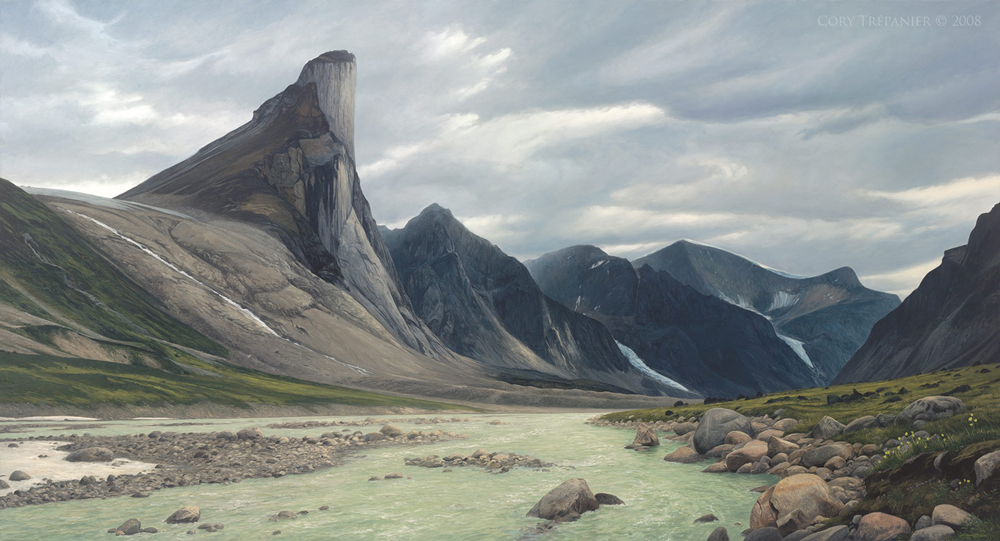 “Exploring and painting the Canadian Arctic has been challenging and awe-inspiring, bringing me face-to-face with some of our planet’s greatest natural wonders. After many years of solitary development, I am humbled to learn that others are being moved by my canvases. And that the exhibition is inspiring conversation about the North, the Inuit, the power of nature, and the importance of humanity’s role in protecting it.”  —  Cory Trépanier

To learn more about Cory Trépanier and his work, visit his website at corytrepanier.com

INTO THE ARCTIC: An Artist’s Journey to the North (48 mins)

Science North and Dynamic Earth are situated in Robinson Huron Treaty territory and the traditional and ancestral lands of Atikameksheng Anishnawbek and Wahnapitae First Nation. Science North also operates a satellite base in the Robinson Superior Treaty territory within the traditional lands of Fort William First Nation. We give thanks to the Indigenous peoples who have been stewards of this land since time immemorial and pay respect to their traditions, ways of knowing, and acknowledge their many contributions to innovations in Science, Technology, Engineering, and Mathematics. We also recognize the Metis Nation of Ontario for their cultural and economic contributions to our province and beyond.