Science North, Northern Ontario's original science centre, is renowned for a fun and friendly approach to science education. Science North’s drawing power lies with its unique approach to learning. Given the relative geographic isolation of Sudbury, Science North founders knew they had to embrace a unique philosophy if the centre was to succeed. What they decided was this: Rather than purchase push-button exhibits that focus solely on cause and effect, why not create new exhibits that take ordinary people through active processes to understand the relationship between science, technology and their everyday lives?

The secret to the success of this new philosophy is personal interaction. Enthusiastic science staff and eager volunteers share their knowledge and experience with every visitor. Staff and volunteers are affectionately known in Sudbury as Science North “Bluecoats”, a reference to the blue lab coats always worn on the exhibit floors. Each learning experience is tailored to the individual. Youngsters, or adults in a hurry, can learn how scientific principles affect the world around them. Those with more time can experiment to find out why interactions occur. The more you want to learn, the more you can learn by talking to science staff and by using tools that lead to discovery.

Who conceived the idea of Science North?

The answer is not one person but rather several people who worked together to realize what had been a community dream for over two decades. Suggestions for a mining museum for Sudbury first began in the mid-1950s and continued into the 1970s. By the late 1970s, the emphasis had changed toward a centre for science, not just geology or mining technology.

Community discussion became action when former Chair of Inco Ltd., J. Edwin Carter, and the company's Vice-Chair, the late John McCreedy, made it known to community leaders that Inco was prepared to finance a study to explore the concept of a science centre in Sudbury. In April 1980, Carter's successor at Inco, Chair Charles Baird and President Don Phillips presented the late Sudbury Regional Chair Delky Dozzi with a grant of $150,000 to choose a location and complete a conceptual study and feasibility analysis for Science North.

Geologist Dr. David Pearson of Laurentian University was appointed Project Director and the architectural firms of Moriyama and Teshima of Toronto and Townend, Stefura, Baleshta and Nicholls of Sudbury were appointed co-leaders of a study team by the Sudbury Regional Development Corporation (S.R.D.C.).

Chairman Dozzi died suddenly in June, 1980, and was succeeded by George Lund, the first President of Science North's Board of Directors. Lund and the other members of the S.R.D.C. committee received the study team report in November 1980, and accepted its recommendations on the location, design, concept, and implementation of Science North.

Two months later, in January, 1981, Inco Ltd. announced it would make a capital donation to the project of $5 million - the largest single corporate donation to a community project in Canadian history at that time. In April, Falconbridge Ltd. announced it would donate $1 million to Science North, the largest donation in the company's history. And in May, 1981, the Province of Ontario committed $10 million to the project, paving the way to start construction.

The first blast to begin excavation of rock at the Science North site took place on June 29, 1981, and development was underway. Science North opened June 19, 1984 and was officially opened by Her Majesty Queen Elizabeth II and Prince Philip on October 4, 1984. Science North became an agency of the Ontario Ministry of Culture on January 17, 1986.

Since Science North opened its doors on June 19, 1984, it has been serving Northern Ontario with its unique brand of science education and family fun.

Over the years, Science North has had the privilege of hosting many other dignitaries – everyone from TRH Prince and Princess of Wales, Charles and Diana and the Princes William and Harry (1991), to Everest mountaineers Sir Edmund Hillary (1987), and Tenzing Norguay’s son Jamling Norgay (1999) to renowned physicist Stephen Hawking (1998). World-famous chimpanzee researcher, Dr. Jane Goodall, was a special guest in 2002 and 2009, double Olympic Gold Medal swimmer Alex Baumann has been a visitor, and triple Olympic Gold Medal Rower Marnie McBean helped launch 2004’s special exhibition, the Human Machine. These special guests had one thing in common – the desire to see the unique, hands-on, personal style of this Northern Ontario science centre and its friendly resident Bluecoats (a name affectionately used for the staff because of the blue lab style coats worn on the exhibit floors).

GET TO KNOW OUR NEW CEO 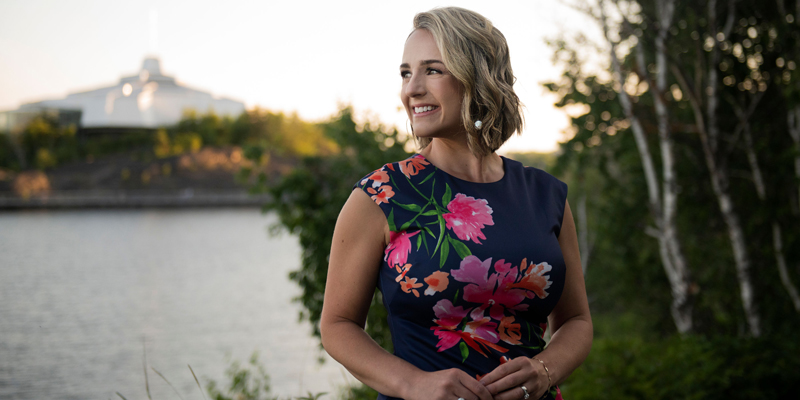 We are thrilled to share that Ashley Larose is Science North’s new CEO!

Ashley’s got big ideas, big plans, and big heart. She brings a passion for education, leadership, and social impact to Science North. We sat down with Ashley to learn more about her plans for the organization as well as uncover some fun facts. We asked her 10 questions to get to know a little more about her:

WHERE DID YOU GROW UP?

WHAT DID YOU STUDY IN SCHOOL?

WHY DID YOU CHOOSE SCIENCE NORTH?

HOW LONG HAVE YOU WORKED AT SCIENCE NORTH?

WHAT IS YOUR FAVOURITE THING ABOUT SCIENCE NORTH?

WHAT IS ONE OF YOUR COOLEST MEMORIES OF WORKING AT SCIENCE NORTH?

DO YOU HAVE A FAVOURITE ANIMAL AMBASSADOR AT SCIENCE NORTH?

DO YOU HAVE A FAVOURITE SCIENCE NORTH EXHIBIT?

WHAT IS A LITTLE KNOWN FACT ABOUT YOURSELF?

WHAT ARE YOU MOST EXCITED ABOUT AS THE NEW CEO AT SCIENCE NORTH? 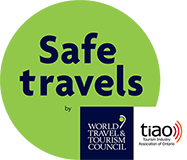