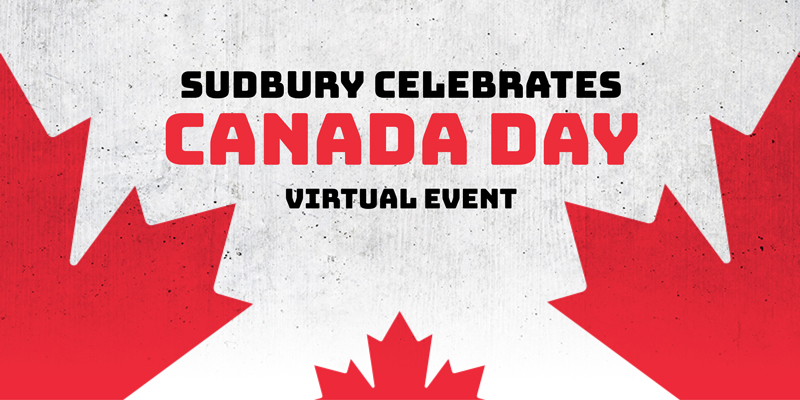 Plus, take your celebration offline by participating in our Canada Day scavenger hunt available on the GooseChase app. You could win a Canada Day STEM kit and be featured on Science North’s social media!

Streaming of the event will be available on Science North's Facebook and YouTube as well as through EastLink TV!

CRAFT WITH A BLUECOAT

Download the following template to craft with a Bluecoat during the Canada Day broadcast! 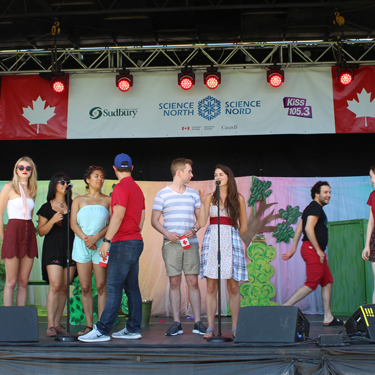 Since 2010, YES Theatre has become an integral part of the Northern Arts and Culture scene. They are the leading company for developing fostering the voice of young artists within our region. Past productions include Hair, Rent, Jesus Christ Superstar, In the Heights, Fiddler on the Roof, Hairspray, Billy Elliot, the YES Theatre Orchestra productions of Beauty and the Beast and The Sound of Music! 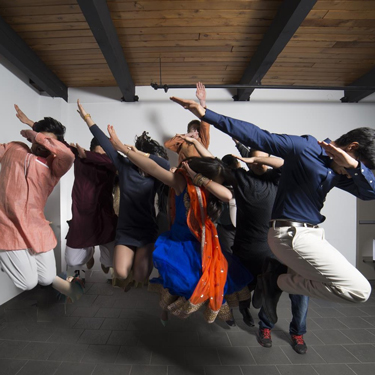 The India-Canada Association of Sudbury is a community organization whose mission is to preserve and promote the rich and diverse cultural heritage of India; to foster collaboration among people of Indian origin and broader Canadian community; to advocate and ensure effective representation of members in social, political and cultural life for the benefit of our community at large. 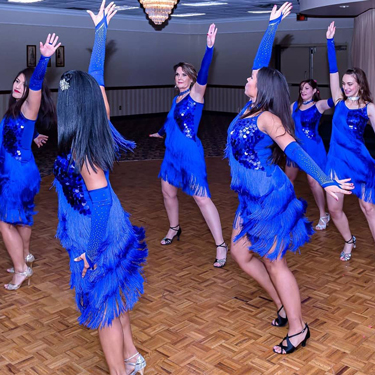 Northern Latin Flavour is a dance group that brings the Latin heat to Northern Ontario. The group was founded by Zoi Monroy, who is the only Salsa dancer who teaches Salsa and Bachata style dancing in the city. Zoi empowers people through dance and believes that no matter what age, gender or cultural background, dancing is a universal language people can share together. 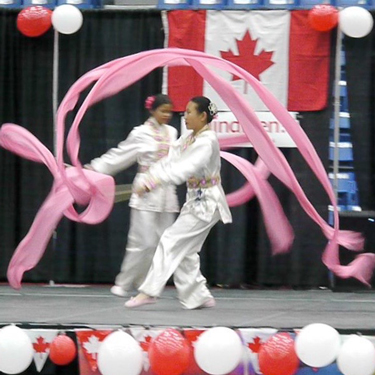 The Sudbury Chinese Community Dance Group is a non-profit, non-political organization. It’s an association of all Chinese people of different backgrounds, from different regions and of different occupations. Since its establishment eight decades ago, the organization has changed its name many times but the principles and values it is based upon have remained the same. The community recognizes that the world is a big family and that we are all one. Solidarity is the key of survival. Preserving and promoting the Chinese cultural heritage are the principle objectives the community sets out to achieve. As an original member of the Sudbury Multicultural & Folk Arts Association, the Chinese Community works to share our rich cultural heritage with all Canadians.

Join Deb, Jill, Murielle, and Sue for a Fusion-style dance! Complete with costumes and folkloric dance styles from the Middle East, North Africa, Spain, and India, it is a modern style of Belly Dance always with a lead dancer implementing cues and transitions for improvisational performances.

The Apollo restaurant was established in 1970 by George and Toula Sakellaris. Famous for their homemade Greek specialties, The Apollo specializes in traditional authentic Greek foods and desserts, Angus Beef, and much more! Join Toula on Canada Day and learn how to make Toula’s Pasta!

Julie Katrinette is the country-folk infused musical project for singer / songwriter Julie Houle, most commonly known as a member of local garage rock group the Ape-ettes. Her first solo album Let's Not Complicate Things (with our minds), features the artistry of a few other high-spirited and prolific local musicians, and will be available for purchase as of July 1st on vinyl as well as on digital platforms. Julie's lyrics speak to the raw and honest beauty that can be born, when we delve into our darkest places and commit radically to self-acceptance, growth and forgiveness. These tunes are sure to tug at your heartstrings while also quite possibly, making you dance around your living room turntable. 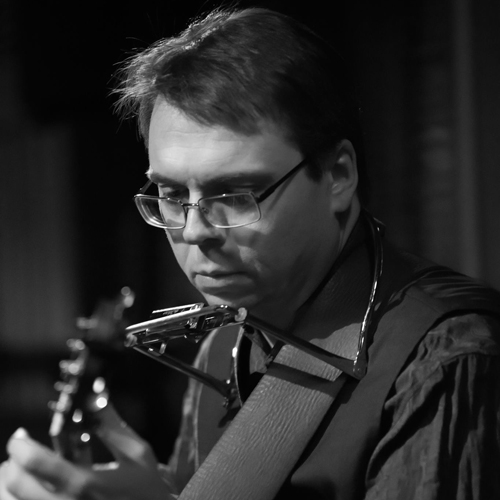 M.D. Dunn has performed for three decades and released nine albums since 1993. His latest album, The River Lately, was released in 2018, and his third book of poems, Even the Weapons (BuschekBooks) was published in 2014. Mark's music has been played on CBC, NPR, and many college and community stations. He is a past winner of Northern Lights Festival Boréal's Meltdown competition, and festival performer. 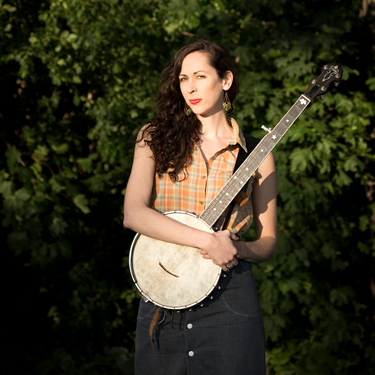 Named “Traditional Singer of the Year” (2017) by the CFMAs, Hannah Shira Naiman’s banjo-grounded songs dance the listener into the Appalachian Mountains and eras back in time, drawing on her roots in Toronto’s ‘old time’ folk music community to share powerful tales of hope and loss. With a sound that’s been described as a cross between Gillian Welch and Sarah Harmer, Naiman crafts original songs that ring with influences of Ola Belle Reed, The Carter Family, American old time, and traditional English ballads.

Bryden Gwiss Kiwenzie, lives in Sudbury, ON, with ties to Wikwemikong First Nation, Cape Croker, ON and Indian Brook, NS. Kiwenzie grew up on the pow wow trail and has been dancing Northern Traditional since he was two years old. “I’ve had a lot of teachers who’ve taught me about the drum and drum etiquette,” says Kiwenzie, “I’ve spent my whole life at the drums in powwows… and I’ve been making beats since I was a teenager.” His first album Round Dance & Beats (Pow Wow) was nominated for Indigenous Music Album of the Year at the 2017 Juno Awards. Kiwenzie blends crisp hip-hop production with traditional pow wow singing and drumming. He produces the beats, but also often delivers the vocals tracks, which makes his style unique among a generation of Indigenous artists exploring this powerful fusion. In 2020 he released a follow-up album, The Forgotten T.R.U.T.H., which addresses the sixties scoop and the tragic legacy of residential schools, among many other themes and topics.

NLFB is a non-profit, charitable music presenter in Northern Ontario. The organization provides valuable exposure and career development opportunities for emerging artists, while also presenting highly acclaimed artists, and keeping the region on the map for acclaimed touring acts.

The Sudbury Multicultural and Folk Arts Association has been around for over 50 years, one of the original Multicultural organizations in Ontario.  Sudbury Multicultural and Folk Arts Association, works towards building bridges between Newcomers and existing services, identifying and solving issues.  Providing multicultural services to the community of Sudbury.  As an umbrella organization to over 30 delegate groups with a client population of over 30,000 citizens of Sudbury.  We are managed by an elected Board of Directors, consisting of a maximum of 17 members elected from the various ethnic and cultural groups. The Centre is committed to maintaining high standards of community service, volunteerism and protection of human rights and serving Newcomers to the well adapted to contribute to Canadian society. 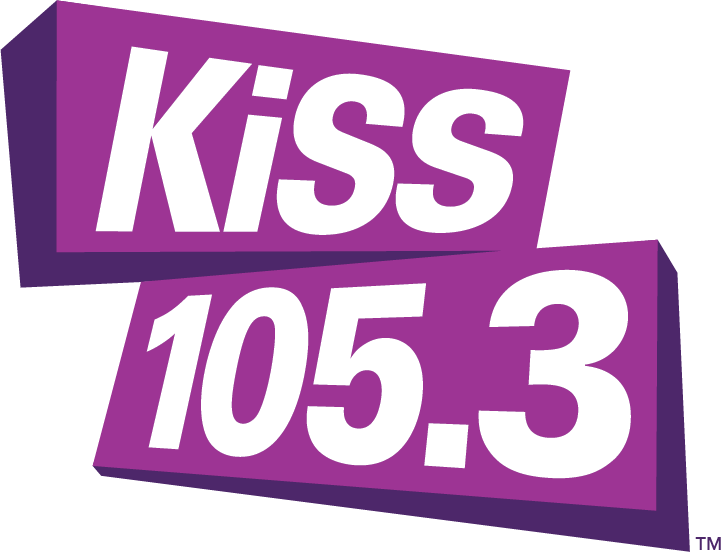 Science North and Dynamic Earth are situated in Robinson Huron Treaty territory and the traditional and ancestral lands of Atikameksheng Anishnawbek and Wahnapitae First Nation. Science North also operates a satellite base in the Robinson Superior Treaty territory within the traditional lands of Fort William First Nation. We give thanks to the Indigenous peoples who have been stewards of this land since time immemorial and pay respect to their traditions, ways of knowing, and acknowledge their many contributions to innovations in Science, Technology, Engineering, and Mathematics. We also recognize the Metis Nation of Ontario for their cultural and economic contributions to our province and beyond.